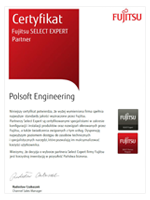 Opis:
Brief description:
This service contains the freezing of a final BIOS version for all systems during the whole project runtime.